With the recent ending of the popular sitcom, I thought it would be neat to share our story.

In October of 2006, David moved from Lousiana to Tampa.  He shifted his career and started with at Capital Insurance Agency.  He had previosuly been working at Home Depot and was ready to trade in his 80 hour weeks for a career.  So at the urging of his mother, he moved and joined her in the insurance world.

At almost the same time, my family decided to move back to South Carolina.  But I was in the middle of finishing my Bachelor’s degree at the University of South Florida.  With the consideration of out-of-state tuition and the expense of moving to a new campus, I decided to stay and finish my degree here in Florida.

Then came January – for various reasons David and I both signed up for an online dating profile.  Within a month, we connected online (I’ll tell the truth – I reached out to him, he was cute!).  I attempted to get David to just have coffee, in case he was a ‘creeper’ I wasn’t committed to a full meal and long night of forced conversation.  He wasn’t having it.  So in February or March of 2007 (neither one of us can remember exactly), we had our first full meal together at the Citrus Park Chili’s.  Not only did he rope me into a full meal, but he ordered wings as an appetizer.  Not boneless wings that I could eat with a fork and knife, but real wings that required getting dirty… so I dug in.

After dinner, he invited me to his church on Sunday and we parted ways.  We both called our respective parents and said, “He/She would make a good friend”.

I did visit his church… an adventure in itself. With David and his family in the choir, it left me sitting alone… very close to the front… and in perfect position to be called out as a newcomer by the pastor. Loads of fun!

After a few more dinners, we realized that God had something cool in store.  We lost our minds and decided to get married.  And we did… married only 4 or 5 months later in July of 2007.  Our families thought we were crazy, but almost seven years later and we are happier now than we were then.

So there you have it…. how I met my husband. How did you and your spouse meet? 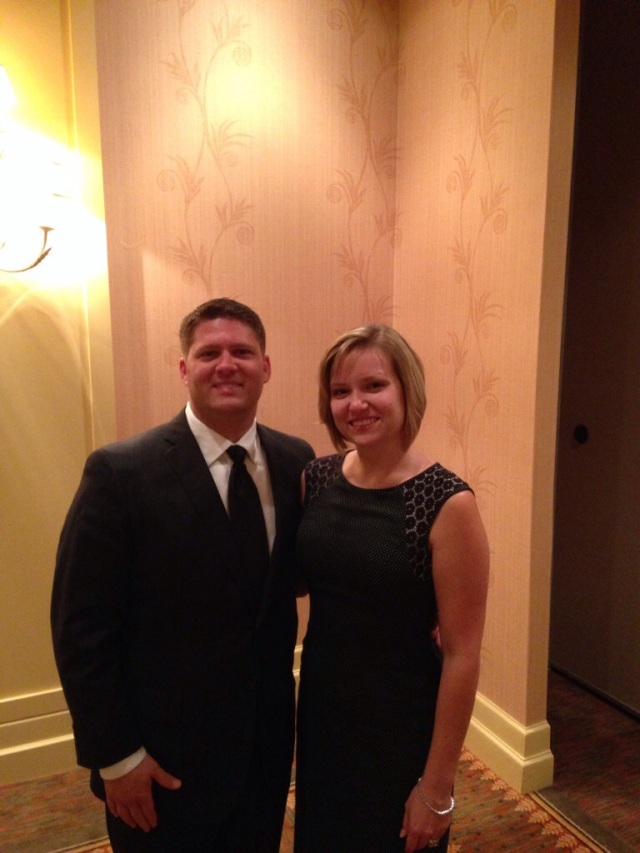 7 thoughts on “How I Met Your Father”

Jessica is a wife, mother, runner, and blogger who resides in Tampa, Florida! She juggles a full-time job, her husband and two kids while trying to stay in the best shape she can!
Read more...

What topic do you want to read about?

I love it when you share! Please keep in mind that all images and text on this site are property of Tampa Mom Runs. Feel free to use one or two photos provided that a link back to my original post is included. Please do not remove any watermarks, crop, or edit any of my images without first obtaining written permission from me. Pinning is always welcome and appreciated! Thank you!